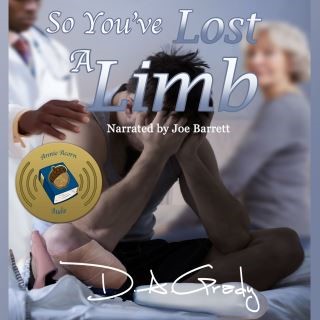 So You've Lost a Limb

In early spring of 2006, author D. A. Grady’s life changed forever, when his Chevy pickup connected with a metal guard rail on highway U.S. 290, between Austin and Houston. When EMTs arrived on the scene and placed him into their Medevac helicopter, his left leg from below the knee remained behind in his truck, still in his boot.
Faced with such issues as dealing with a prosthesis, relearning how to walk, and handling phantom pain, he brought to the situation the same courage, determination and ingenuity that had held him in good stead through a long life. Since then, he has counseled amputees ranging from Wounded Warriors to fellow amputees he met on the street.
Now he has put his experiences, solutions, and suggestions into words that can be passed on to others who can benefit from his experiences, in a uniquely conversational style that allows this fact-filled offering to seem as if it’s a conversation among friends.
If you’re an amputee yourself, a caregiver of an amputee or a friend of one, the information contained in this book will be helpful to you as you chart your new course through the growing world of amputeeism.