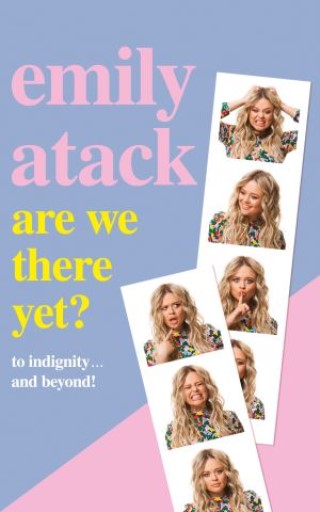 Are We There Yet?

The highs, the lows, the hangovers, the relationships, the lucky breaks (and the breaks I worked my arse off for) that have got me to the here and now.

Emily Atack was flung to fame at just 17, as Charlotte 'Big Jugs' Hinchcliffe in The Inbetweeners. Nearly ten years later, she won over the nation on I'm a Celebrity . . . Get Me out of Here! thanks to her hilarious impersonations and epic bravery during trials. While she was in the jungle, the country watched her go on a journey of self-acceptance and come out on top. Now Emily reveals the hilarious highs and the heartbreaking
lows that rocked the years between. With astonishing courage and her trademark humour, she shares stories about her family, relationships, work life and love.

Are We There Yet? is a warm, honest and funny book for anyone who has ever felt the need to break the mould to find out who they really are.