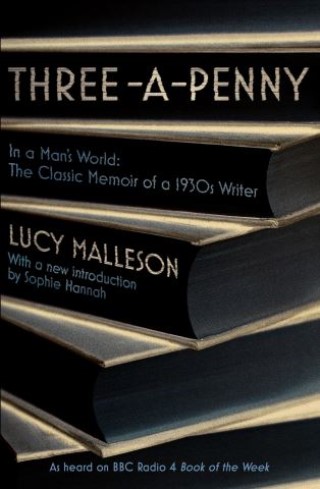 Radio 4 Book of the Week

A rediscovered classic memoir - a fascinating insight into the life of a crime writer during and after the First World War - a woman ahead of her time.
With a new introduction by Sophie Hannah

THREE-A-PENNY describes what it is like to be a woman in a man's world - about the ups and downs of earning a living as a writer in the 1920s and 30s.

Lucy Malleson wrote over 70 crime novels and was part of what is often referred to as the Golden Age of crime writing. But in order to be published she used a male pseudonym, and successfully concealed her true identity for many years.

From the poignancy of the First World War and its aftermath to the invitation to join the infamous Detection Club, this re-discovered classic gives a fascinating insight into what life was like as a woman living and working in a largely male world during and after the First World War.